Having a HVAC system is a necessity for many homes across Australia. If yours starts to fail, using an air conditioning repair service sooner rather than later can prevent you from seeking a full replacement. Here are some signs you might need a repair service.

Your energy bills are creeping up

When your HVAC system works efficiently, it will use energy but your bills will remain consistent. But, certain faults can cause your system to work harder:

In such instances, your energy bills will rise rapidly. If you're worrying about your HVAC's functioning, contact your energy provider and ask them for an estimate. If it's unusually high, consider using an air conditioning repair service.

Your HVAC is emitting things it shouldn't

From sounds to smells, there are certain things your HVAC system shouldn't emit. For example, if ta usually silent but now it is starting to whir, buzz, or clunk, you should consider using a repair service. Sometimes a strange noise may mean that your system needs more lubricant, but at others it could mean a full part needs a replacement.

Similarly, if you begin to notice moisture around your filters, call a repair man sooner rather than later. Not only can moisture damage your system further, it will lead to mould. Finally, always take smells seriously. Whether it's a burning smell or one featuring gas, they may be a sign that something is seriously wrong.

Its thermoregulation is off kilt

When you first install your HVAC system, it will regulate the temperature throughout your home effortlessly. If the thermostat begins to break, you might find yourself getting up to tweak the temperature controls more often than usual.

Other signs that you need an air conditioning repair service to address your thermoregulation include feeling too hot or too cold. Both signs indicate either a failure, or a fault that's misreading the environment. You may also need to watch out for hot and cool spots and hot spots in your home. Such signs indicate that some ducts are operating, but others aren't.

Ultimately, detecting subtle signs that something is changing with your HVAC system gives you the chance to seek a repair service early. In doing so, you may save money on repairs. Another approach is to try a maintenance service, which can detect problems before you notice them. If you're ever unsure, contact a professional for further advuce 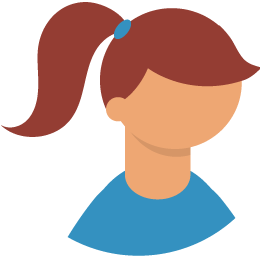 Welcome to my blog on HVAC. I used to take HVAC for granted. I set my thermostat, and I didn't really think about it. Of course, then, there was a problem, and I quickly learned how terrible it is to live without heat for a few days. As a result, I decided to learn everything I could about my HVAC system. I learned the pros and cons of different systems, I learned how to troubleshoot basic issues and I learned how to best maintain my system. If you want to understand your HVAC system better, explore these posts. I hope they help you. My name is Mindy, and welcome to my blog!